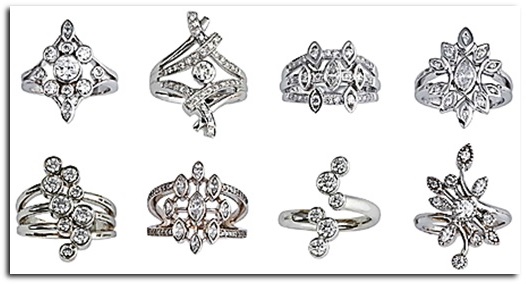 Diamonds have been billed as many things: a girl’s best friend, a symbol of wealth and power, Prince Charming’s promise of a happily ever after.

But lately, diamonds have also come to represent a woman’s independence and prosperity — when it’s worn on the right hand. A growing number of young women are deciding they want their own diamond rings long before Mr. Right shows up with a small velvet box.

“Some women aren’t waiting,” said William Gonzalez, a co-partner at Crescent Jewelers in West Covina. “They’re buying their own rings.”

Gonzalez has been in the business for two decades. Within the last two years, his store has seen a wave of women as young as 20 buying diamond rings to wear on their right ring fingers.

Jewelers suspect that the trend was spurred by the Diamond Trading Company, the sales and marketing arm of South Africa-based De Beers. Last summer, DTC piloted a marketing campaign for right-hand rings aimed at single women. The result has been a nine percent increase in diamond sales in the past year.

Whether it is a short-lived novelty remains to be seen.

The campaign is banking on several trends in the female consumer market: spending power and changing attitudes on traditional gender roles.

Women are pursuing careers before marriage, and their earning power is rising. In 2002, women were paid 77 cents for every dollar men earned, a 10 cent increase since 1982, according to the U.S. Census Bureau.

Factor in the hype generated by celebrities who buy their own diamond rings, and DTC’s tagline — “Your left hand says `we.’ Your right hand says `me”‘ — suddenly means something.

“The psychological effect of the campaign is powerful,” said Kenneth Gassman, director of Rapaport Research, a global research consultancy for the jewelry and diamond industry. “It touches young professional women and older ladies by sending the message of `independence’ and `taking care’ of yourself.”

Most also tend to use “negative” space — more open gaps in the bands, with the stones set farther apart than the traditional three-stone ring.

De Beers and Tiffany & Co. are putting out right-hand ring lines, and chain jewelry stores also are picking up on it, although their selections aren’t large, Gassman said.

U.K. retailer hot-diamonds came out with a variation: small diamonds on polished sterling silver bands. The high polish of the metal contrasts with the piercing quality of the diamonds for an icy and edgy look.

Walmart carries its own line. The “Keepsake” right-hand rings retail between $247 to $598 and feature half-carat diamonds set in 10- to 14 karat white gold.

“The diamond itself is forever,” said David Lee, of Hing Wa Jewelers in San Gabriel. “But styles change.”

Lee said his female customers fall into two age groups: the young professionals in their 20s and 30s, and the usually married 40s-50s age group.

“The professionals in their late 20s to early 30s buy jewelry for themselves; they’re generally more fashionable,” he said.

The young, and often unmarried, working woman invests from $1,000 to $3,500, he said. They go for colored stones and less conventional designs.

“They are more fashion-minded,” said Lee, whose customers at a New York affiliate store include Beyonce Knowles and Sean “P. Diddy” Combes.

“They want to buy the Jimmy Choos and jewelry, to show that they are in fashion and have good taste,” he said.

“I notice younger customers are buying better jewelry,” he said. “I’ve been seeing a trend with young girls, literally in their very early 20s, who are already wearing their diamonds. I remember when it’s been only middle-aged women who would wear them.

“I believe the Hollywood industry does help, you see these young actresses wearing their `blings.’ ”

Lee’s second group of customers are in the 40-50 age range and “aren’t waiting for their husbands to buy them something,” he said.

Lee estimates that the married women who buy from his store drop between $15,000 to $100,000. Married older women tend to stick to the classics, he added.

All of his customers gravitate toward colored diamonds and colored precious and semi-precious stones as band companions. Sapphires, he observed, are “in” because their color permutations — blue, green, white, yellow and pink — make for versatile designs.

“In my mom’s generation, you wait for the man to buy you your necklaces, bracelets, and especially the rings,” said Garcia, of Ventura. “In my generation, women are more in control of their lives. We have money, we can and will treat ourselves.”

A side effect of this trend has made some men reluctant to shop for jewelry for the women in their lives, Lee said.

“Now with the increased amount of styles, makers feel that men aren’t as comfortable buying,” Lee said. “They may not have enough flair or the confidence to buy for their wives.”

At first glance, the right-hang ring campaign appears to focus on a younger demographic, but they actually speak to women of a vast age group, in different ways, Gassman said.

And as young as the media portrays Tinseltown’s “independent” women — Sarah Jessica Parker, Halle Berry and Debra Messing, among them — a bulk of the diamond ring and accessory buyers are still older.

“It still remains that 56 percent of women who buy their own diamonds are married,” Gassman said.

DTC has a shrewd marketing strategy here, not that anyone should be surprised, Gassman said. It’s the same group that came up with “A diamond is forever” and popularized the tennis bracelet.

Despite the economy, diamond sales are not doing too badly. The Diamond Registry reported a sales rise in the U.S. diamond market — up 5 percent to $27.4 billion between 2002 and April 2003. The group gathers data on diamond purchases and sales.

Will right-hand rings be the next big thing?

Gassman and his staff in Rapaport conduct mystery shopping missions to feel out new trends. This recent holiday season, his group tallied the number of right-hand rings being sold at low- to middle-end jewelry chain stores.

When it comes down to the numbers, he said, “you can count them all in your right hand.” 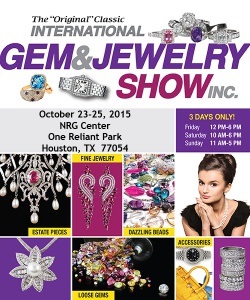 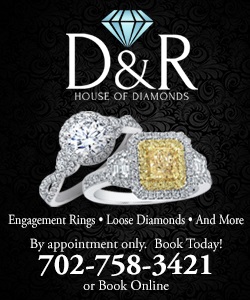 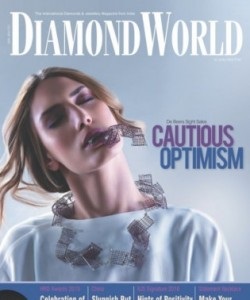 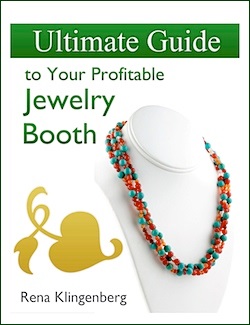